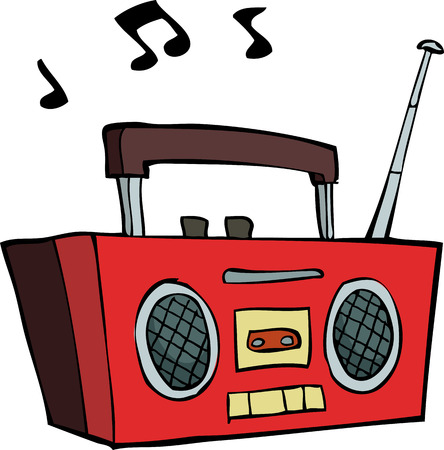 Listening to the radio was nowhere near the top of the list of things I hoped to be able to do post-implant.  I’d not been able to make any sense of the radio for years, but I didn’t really miss it much.  Some things you just put to one side, and forget.

But listening to short bursts of the radio was one of the first homework tasks I was set by the Speech and Language Therapists at the Implant Centre, so I decided to always have the radio on in the car, even if I couldn’t understand what was being said.  The theory is that even speech you can’t decipher is useful practice for the brain.  I discovered, much to my surprise, that I could almost immediately make some sense of news broadcasts (enough to follow the main themes if not every word) even over road noise.

Now, eleven weeks after switch-on, I’m becoming a regular radio buff.  I can hear the news (more or less all of it) and interview programmes, even when zipping round the Skipton bypass at sixty.  Stretches of road with a very poor surface cause a problem but I suspect that would affect most people’s radio listening experience.  I’ve rediscovered the joys (?) of shouting at the radio when someone is being interviewed who you profoundly disagree with.  (I can’t even switch him/her off, because, after all, I’m doing this to train the brain not to find political succour on the radio).  I’ve laughed out loud at my first radio joke (Sandi Toksvig) and I’ve even started to understand some sections of drama programmes.

At first, drama was almost impossible to follow (people mumbling or shouting, background noises…..) and then one day I found myself listening to something and getting absolutely terrified.  It was a programme about the dangers of overuse of antibiotics and people were being interviewed about a means test that had been introduced to ration the use of the most effective drugs.  Holy Moses!  But then I realised I wasn’t listening to a news interview; it was a drama about a dystopian future.  It wasn’t real at all (not yet anyway….)

Once I realised what was happening I marvelled again at my brain’s latest great leap forward in comprehension.  What’s extraordinary about the car radio experience is that I’m HEARING, over background noise.  I’m not lip reading (obviously).  I’m not thinking about it (if I was having to feverishly concentrate I would stop doing it because it wouldn’t feel safe).  I’m actually HEARING, rather than deciphering.  How staggeringly amazing.

What other things have been happening?

I heard most of the guard’s announcements on a train to London.  “We will be fifteen minutes late arriving at Kings Cross because of signal problems at Biggleswade”.  Extraordinary.  It’s over a decade since I could last do this.  (The Tube announcements still baffled me but, hey, one step at a time).

I’m getting breezily confident about chatting to friends in noisy cafes.  “It looks very noisy in there”, they say.  “Should we look for somewhere else?”  “It’ll be fine”, I say.  And it is.

Nigel and I went out for a meal at the local pub one evening.  It was busy and fairly noisy, but I could hear well enough to chat comfortably, without any additional technology.  Much as I appreciated the help of a Roger pen in such a situation it’s a joy to be able to do without it.  Nigel pointed out afterwards that he was able to sit back in his chair, in a way that felt comfortable for him, instead of leaning forward to get as close to me as possible.

I am learning to whisper.  Nigel had perfected a sign to tell me to drop the volume if we were in a public place and I didn’t realise I was talking too loudly; a sort of discreet flapping motion with his hand.  It worked very well, but the other week I was visiting art exhibitions with my friend Jane, in London, and she told me later that I was much better at whispering.  I was realising that I needed to talk more quietly in the gallery, and dropping my voice without needing to be prompted.

More than one person has told me that I “sound less deaf”.  They can get really quite excited about it, and pleased for me, when I didn’t have any idea that I DID “sound deaf”.  Nigel is mystified and can tell no difference, but we’ve agreed that it sounds plausible.  After all, if I didn’t hear myself properly before the operation (very few consonants for example) it’s quite logical that my speech was being affected.  Nigel might not notice the small changes because he is with me every day.

Before you all get too excited there’s a way to go yet……….

I would really love to use the telephone again but, so far, I’m struggling.

I still need subtitles on the TV.

I can’t hear passengers in the car.  Mysterious, when I can listen to the radio……

And I’ve not even tried music.  The Cochlear Implant Centre has invited me to an afternoon considering this very thing, which seems like a great idea to get me started.

I think it probably all boils down to getting out what you put in.  In effect, I’ve devoted hours and hours to conquering the car radio.  Now I need to devote that time to the things left on my wish list.  So………more to come on the telephone, the television, driving with a passenger and music.

(That will be after my holidays.  Nigel and I are off on hols tomorrow for a couple of weeks so I’ll be back in March.  See you then).